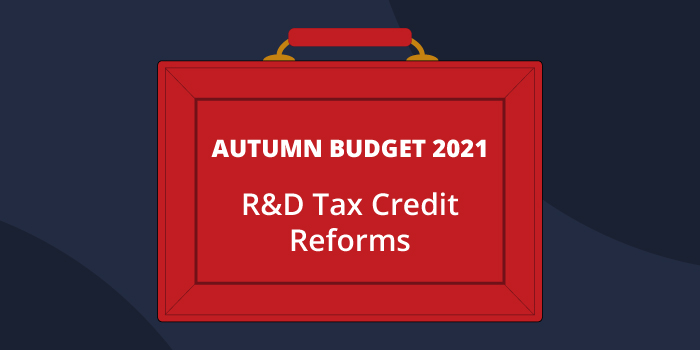 In Wednesday’s Autumn Budget the government announced several changes to the R&D tax credit incentive and public R&D investment, which aims to improve support for cutting-edge UK research and to help the UK become a science superpower.

In a positive move to “support modern research methods”, Budget 2021 revealed an expansion of the R&D tax credit incentive to include data and cloud costs.

Jamie Watts, Commercial Director of Amplifi Solutions, entrepreneurial tax incentive specialists, comments, “We are thrilled data and cloud costs now fall into the qualifying expenditure, it’s a crucial change for the incentive, which is sure to benefit many businesses.”

To improve the effectiveness of R&D reliefs on the economy, The Chancellor announced that there will be a refocus on UK based innovation. A decision aided by the 2019-20 R&D tax credit statistics, which revealed UK businesses claimed £47.5 billion of R&D expenditure, while ONS estimated that they only invested £25.9 billion in privately-financed UK based innovation.

The government is also developing a plan to improve compliance and target abuse of the R&D tax reliefs.

Watts continues, “If they don’t already, businesses will need to ensure any claims they submit are fully defensible against HMRC scrutiny, with detailed R&D cost analysis and a clear trace of exactly what the claimed R&D expenditure was for. This is something that an R&D specialist, like Amplifi Solutions, could help them with.”

These reforms will take affect from April 2023, with the government stating that further details on the changes and next steps will be outlined later in the autumn.

In addition to R&D tax credits, the Budget revealed that public R&D investment would increase to £20 billion by 2024-25. Although this is £2 billion down from the £22 billion target announced in the Spring 2020 budget, which is now being set for 2026-27, this is still £695 million of additional R&D funding, the largest ever increase over a spending review period.

Positively, the Budget forecasts that in 2024-25, with R&D tax credits and the government’s direct spending on R&D, support will reach 1.1% of GDP, well above the OECD latest average of 0.7%.

Because these cookies are strictly necessary to deliver the website, refusing them will have impact how our site functions. You always can block or delete cookies by changing your browser settings and force blocking all cookies on this website. But this will always prompt you to accept/refuse cookies when revisiting our site.